It’s Warm and Toasty In the Chapel 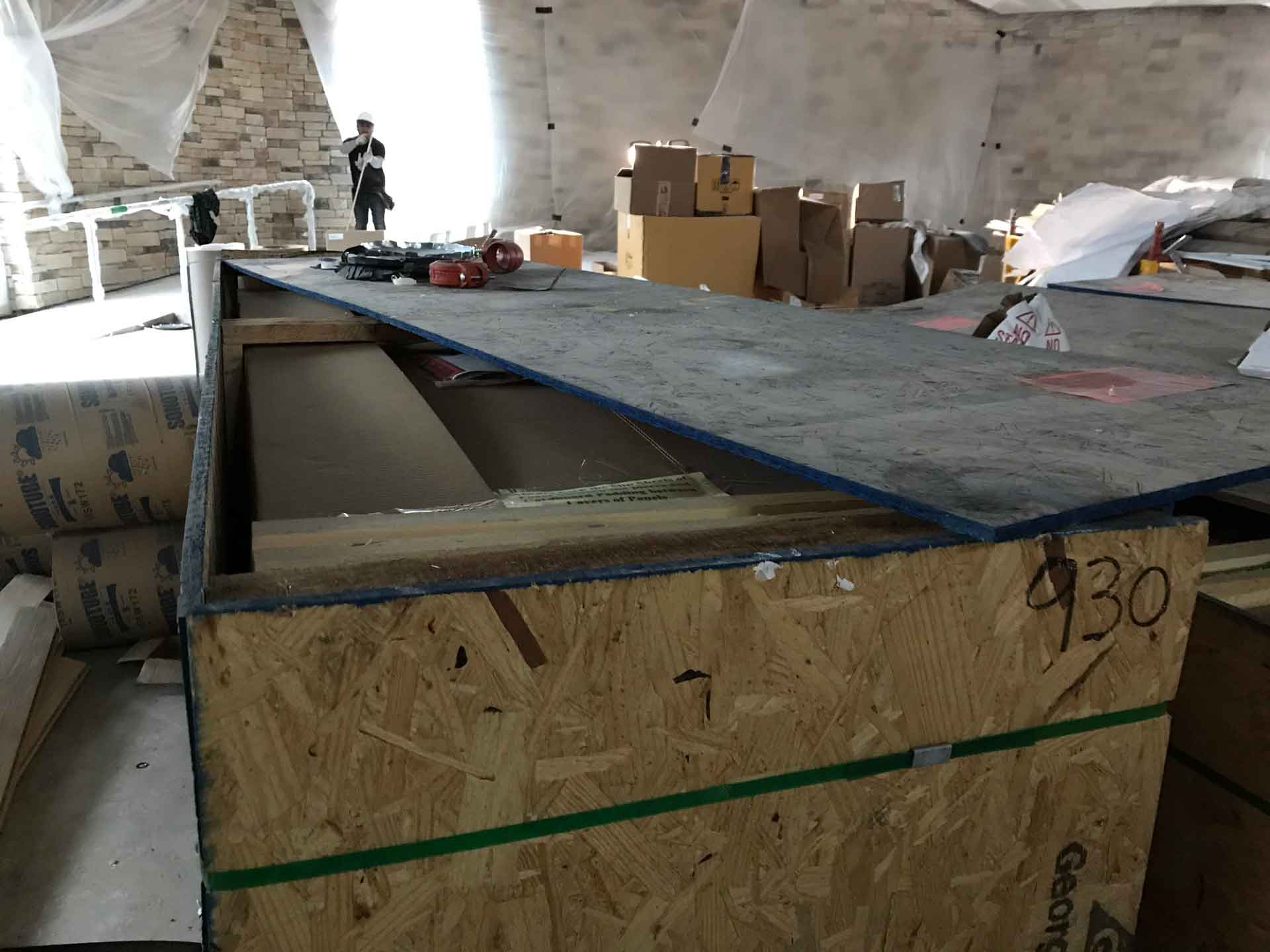 We passed a critical milestone this week – we had a successful start-up of the HVAC system. Particularly in the chapel, we needed to have the air conditioned so that we could open the crates containing the ceiling slats. At the moment it is very toasty in there – and the crates are open! They will remain open and undisturbed over the weekend, and then on Monday the ceiling will be started.

We also have lights in some parts of the building, particularly the office area. Over the next several work days more light circuits will be brought online. It is unlikely that the whole building will be lit after dark in the next several days, but it won’t be long.

Meanwhile, late last week the first coat of paint was given to the connector and the lobby area outside the chapel. The ceiling grid is being installed there and next week the ceiling grid will be going up in the connector itself. Final inspections in the main lobby took place this week, so the lights and HVAC grids are being installed along with sprinkler heads and other items. Before long that area will be complete.

Please keep praying for the schedule, for the safety of the workers and those who supervise, and for the weather – there are still things that must be completed outside!