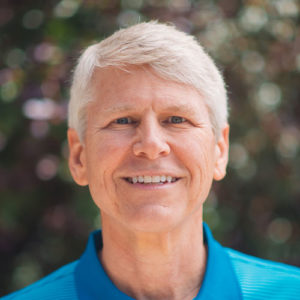 Roger has been a member of the Bible Church for over 40 years!

Roger was a physical therapist who evolved into a serial entrepreneur, starting a Rehab Corporation, a Travel Company, a Christian non-profit, and now is working as a business consultant.

Roger was raised in a Christian home and attended Christian schools. At age 14, he accepted Christ at a Billy Graham Evangelistic Association crusade. Jesus became his personal Savior and Lord, and he's been following Him ever since. Occasionally, during worship, Roger wipes tears from his eyes because he's so grateful and in awe of who Jesus is and what He's done.

Roger has been married to his wife Carole for over 40 years and has 3 married sons, and 4 grandchildren.